This may have been one of the best Chicago PD finales ever.


Emotions were running high on Chicago PD Season 8 Episode 16 as Intellignece raced against the clock to find Burgess, who was kidnapped by a dangerous crime ring.


And they found themselves a unit divided.


Reform has been a major topic this season as Intelligence navigated a world where they were forced to follow rules and do things by the book, and it was a point of contention when it came down to rescuing Burgess.


Ruzek and Voight were down to do whatever was necessary to bring her home, but that attitude didn’t sit well with Atwater and Halstead.


Ruzek threw caution to the wind as his only mission was to save his girl and bring her back home to her daughter, Makayla.


He called out “gun” when there was none, he pointed a gun at an innocent man’s head simply to get him to talk, he and disregarded warrants at every turn.


It was a bit reckless, but understandable considering the circumstance.


And yet, he should’ve never been allowed on the case in the first place as he was too emotionally invested and had too much on the line.


Despite their on-again-off-again relationship, Burgess is the love of his life. He would move mountains for her. And there’s not a doubt in my mind that he would kill for her.


Atwater tried to level with him, but Ruzek was filled with blind rage and fear.


Instead of getting through to him, he provoked Ruzek even more, and in turn, he said some pretty hurtful things to him in the heat of the moment.


It was unfair of Ruzek to call out Atwater for not doing everything in his power to save Burgess.


Atwater and Burgess are best friends, so her kidnapping affected him just as much as it affected Ruzek.


He understood how dire the situation was, but he also knew they weren’t going to get anywhere by leading with emotions and breaking the rules.


Eventually, Hailey stepped in as Switzerland and the voice of reason.


She understood what Ruzek was feeling but appealed to his sensible side by reminding him that he couldn’t cross a line for Makayla’s sake.


If anything were to happen to Burgess, he promised to be her guardian, and he needed to step up for her now more than ever.

Atwater: Yo, Ruz.
Ruzek: I don’t want to do this, Kev, not right now.
Atwater: Neither do I, but somebody’s got to say something if we’re gonna be kicking in doors and yelling “gun” if there’s not a gun.
Ruzek: Kevin, please, I don’t want to do this.
Atwater: We didn’t even know if Roy was actually in that house, we had no clue. So that’s what we doing, just making it up as we go?
Ruzek: You got a better idea? Or are you just preaching to preach? Come on, let’s go man.
Atwater: I’m just trying to help, man.
Ruzek: Hel save Kim or help save the world?
Atwater: You got no right to talk to me like that, not after what just happened in that house. You just put a gun to a man’s head.


Considering Ruzek and Upton’s previous relationship, I love that she was the one who reminded him to be the better person rather than encouraging him to stoop down to Kent and Roy’s level.


Reminding him about Makayla and that Burgess would’ve wanted him to take care of her was the only thing that got through to him.


I found myself straddling the line between Team Ruzek and Voight and Team Atwater and Halstead.


Ruzek’s decision to go all in to find Burgess made sense for so many reasons but mostly because the Superintendent just lost her son because they waited too long and followed the rules.


He wanted to avoid the same fate for Burgess.


Time was definitely of the essence considering how ruthless Kent and Roy were.


Personally, if it was my loved one’s life was on the line, I’d probably take the same approach as Ruzek.


In my review of Chicago PD Season 8 Episode 15, I advocated for bending the rules in situations when it was necessary like when someone’s life was on the line, but this episode changed my mind a bit.

Atwater: We all wanna find her. But you don’t get to change the rules just because it’s Kim.
Ruzek: I most certainly can. I can precisely because it is Kim. And if you can’t understand that because you’re too busy checking boxes, kissing ass, then I don’t know what to say to you.


Yes, you can get answers if you break the rules and threaten people, but they didn’t even try to exhaust the by-the-book options first.


Ruzek and Voight were too quick to gravitate towards doing whatever was necessary when, in the end, Jay and Atwater’s plan yielded the best and quickest results.


It took them less time to locate the Buick via foot grid than it did for Voight to beat the location out of Roy.


In fact, Roy never gave it up. All it did was work Voight up and force Upton to cross a line.


In this case, violence was not the answer.


The scene between Voight and Upton was intense. She typically fights her tendency to cross over to the dark side, but Voight forced her hand instead of telling her to fight it.


I rewatched the scene where Roy reaches for Voight’s gun and without a doubt, Voight undid Roy’s restraints so that he would reach for his gun and Upton would shoot him.


Voight manipulated the whole situation, but for good reason.


Even if the shot was in self-defense, they had no right being there. And Voight already spent a good amount of time breaking every rule and roughing him up.


Voight may have told Upton that they could bring Roy into the station to deal with him properly, but he never intended to keep that promise.


He knew she’d never let up, and he also knew that Roy would be able to argue police brutality and walk free.


Admittedly, I love that Voight went rogue. It was almost like seeing a ghost of Chicago PD Season 1’s past.


You know, the Voight that would “handle” the problem by digging a grave or dumping a body in the river.


Upton was wrecked after killing Roy.


She crossed a line she didn’t want to, and she was going to have to live with what she did forever.


The worst part is that she couldn’t even share it with Halstead.


Halstead and Upton have different policing styles, so he wouldn’t have been supportive.


But it’s clear that she was so scared by her actions that she wanted him to balance her out.


I don’t necessarily know if suggesting marriage while in that state of mind is a good idea, but she was in the moment and ran with it.


Trauma has a way of putting things in perspective, and in this case, Hailey must have realized what she really wanted.

Upton: She needs you, you gotta go.
Ruzek: I can’t just give up, I mean.
Upton: You’re not giving up, man. You’re doing what Kim would want you to do. We are not gonna stop. We are gonna hit every house. We are gonna chase every lead until we find her. I promise.


Hopefully, Halstead will bring her back down to reality and make sure that she means it once the dust and emotions settle.


There were so many solid moments throughout the episode that I haven’t even addressed Burgess’s experience.


Holy crap, what a fighter.


It was touch-and-go for a moment there when Roy didn’t even hesitate to shoot her.


I was certain that she was dead considering the amount of blood she lost.


But somehow, she managed to wake up, tend to her wound, and drag herself all the way to the car so that she could turn on the headlights.


Her strength to pull through and not die stemmed from her need to make it back to Makayla in one piece.


If you watch Chicago PD online, you know that Burgess would never give up on that little girl.


And even after so much time passed from when she was taken to when she was found in the car, she still had a faint pulse.


Hopefully, when the season resumes, we’ll find out that she pulled through and is on the mend.


She needs to be for Makayla, for Ruzek, and for her whole team.


We’ve lost so many members of Intelligence, we cannot afford to lose Burgess just yet!


What did you think of the finale? Let us know in the comments below!

Lizzy Buczak is a staff writer for TV Fanatic. Follow her on Twitter and read her personal blog at CraveYouTV. 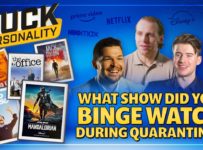 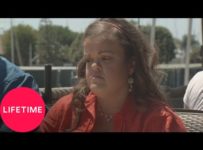 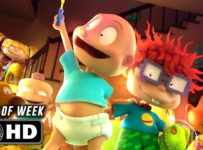 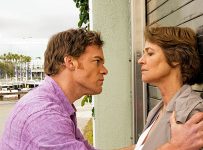