The latest episode of WandaVision has now brought the sitcom-reality, held within the pulsing hexagonal-shaped energy shield around Westview, to the late 2000s and early 2010s by paying subtle and heart-felt homages to series like The Office, Modern Family, Happy Endings, and for some reason, The Munsters as well. There are spoilers ahead.

Up until now, WandaVision has been majorly paying tribute to sitcoms that have enjoyed a long run. So, imagine our surprise when its opening credits began in the style of the 2011 show, ABC’s Happy Endings, which got a mere three seasons before being cancelled (something its fans are still pretty miffed about).

Throughout the credits, we see Wanda’s name on different signs and boards, which is an obvious nod to Happy Endings’s intro song. But did you know, WandaVision shares another connection with the brilliant comedy show- the show was executive produced by the Avengers: Endgame directors Joe and Anthony Russo.

The influence of the popular sitcom The Office can be seen right from the credits which are presented in a typical Happy Endings style with “Wanda” title cards against images of a suburban area, probably Westview just like how The Office’s credits included images of Scranton, Pennsylvania. Plus, the music score of the credits bears a striking resemblance to the beats of the sitcom’s intro song as well.

The rest of the episode is majorly filmed in a mockumentary-style, something which The Office and Modern Family are popular for. The episode has “the talk-to-the-camera, shaky-camera, documentary-style” Kevin Feige mentioned in his earlier interviews about WandaVision.

So, when a haggard Wanda plunks down on the sofa clad in a robe to rant about “letting our anger get the better of us” and how she can’t seem to control her fake reality, we can almost imagine Claire of the Modern Family sitting in her place and fretting about her kids. But while in the Modern Family, characters talked to an out-of-view cameraman instead of looking right at the screen, in The Office characters talked to the camera directly when sharing something. Like Dwight did when he sketched the plan to teach his colleagues a lesson for not considering the knowledge of handling fire-hazards necessary. The talking-to-the-camera segment in WandaVision Episode 7 seems to have mashed the two styles, thus paying tribute to both the shows.

The episode also incorporates the style of Modern Family in how it cuts away to flashbacks like when Wanda talks about extending the borders of her false world, we see a brief scene from the previous episode where she expanded the Hex to save Vision and in turn, scooped in the S.W.O.R.D. agents as well. But while in Modern Family it was almost always for comedic effect, here it is a resounding reminder that Wanda’s control over her reality and on her powers is spiralling out of her control.

Our favourite parts of the episode are the moments in which characters look directly into the camera just like it happened in The Office. The best part was when Vision pulled a stellar Jim-Halpert-looks-at-the-camera-exasperated look while talking to Darcy as he realizes Wanda (but really Agatha) is going out of her way to put hurdles in his path to ensure that he doesn’t get home.

While the entire episode includes homages to 2000s and 2010’s sitcoms, the song Agnes gets for the already predicted revelation that she is the wicked Marvel witch, Agatha Harkness is very similar to the theme song of the 1960’s black-and-white show, The Munsters. But given her cackling laugh, the spoof-like theme of the episode, and the fact that Agatha has been tricking Wanda from the beginning when the sitcom-reality was in the 50s-60s, it is just fitting that the big reveal that “It’s been Agatha all along!” takes after the The Munsters theme song.

While WandaVision episodes have been busy with their sitcom tributes, chances are that with Episode 7’s revelations, the series is now done switching its decades sitcom-style and will now focus on the present MCU timeline. Catch the latest episode of WandaVision currently streaming on the official Disney+ app. 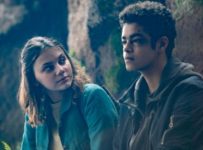 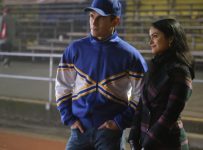 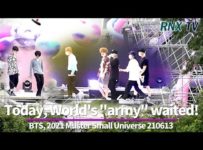 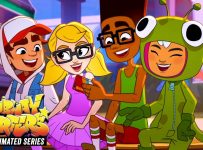 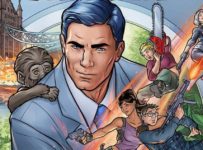