There is nothing quite like a woman’s indomitable spirit.


It’s that spirit and resilience that is full display in Left for Dead: The Ashley Reeves Story, the true-crime flick that’s part of Lifetime’s Summer of Secrets slate.


The shocking, inspiring account of Ashley Reeves comes to the small screen with talents Anwen O’Driscoll and the acclaimed Jennie Garth.


We at TV Fanatic scored an exclusive sneak peek of this powerful, thrilling, inspiring film, and trust that it’s one that you will not want to miss.


The movie is about the ghastly experience of a teen, 17-year-old Ashley Reeves, back in 2006.


It’s the perfect story for the Summer of Secrets slate.


Anyone who is familiar with the story of this Illinois teen who survived the unfathomable knows the twists and turns of the case.


And it’s one involving complicated, secret, forbidden relationships, sinister actions, and much more.


The case itself will take you on a ride as the entire case and what happened to this woman unfolds.


Reeves was brutally attacked in the woods and left for dead. Authorities didn’t find her until 30 hours later.


When found, Ashley was battered and broken, abandoned in the cold dirt, clinging to life, and paralyzed.


And from there, she fights to live, to recover, and eventually to walk again.


It all leads to her wanting to confront her assailant in court, and that’s where the first look clip comes into play.


In the exclusive clip, Ashely and her mother, played by Garth, speak with the authorities.


In a chilling few moments, the police show her crime scene photos of herself lying in the leaves and dirt, appearing dead. It’s a jarring sight, and you can see an array of emotions on Ashley’s face as she stares at the photos in abject horror.


She inquires how long she was left out there, apparently unaware of that aspect of what happened, and a detective grimly tells her that it was 30 hours.


It’s silent as everyone processes and lets the gravity of that sink in when Detective Johnson’s cell rings.


Johnson delivers the great news that the trial is on after the judge upheld the confession of Ashley’s attacker.


It’s the best news they could hope for, and it should seemingly be a slam-dunk, but a brave Ashley finds her voice and states that she wants to testify even though it’s not required.


She gives a powerful speech, explaining the importance of taking the stand and why it matters so much.


You can hear the steely determination in her voice, and it’s enough to give you the best type of goosebumps.


Ashley is taking back control of her life, experience, and narrative.


It’s a moment of triumphant, and one that you won’t want to miss.


Check out the sneak peek below, and hit the comments with your thoughts.


Will you be checking out this film?!


Left for Dead: The Ashley Reeves Story airs this Saturday, June 12, at 8/7c on Lifetime! 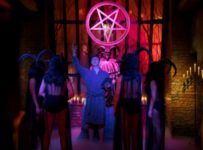 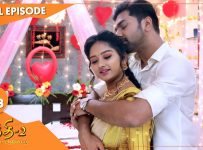 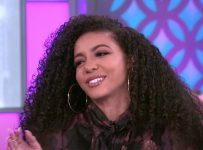 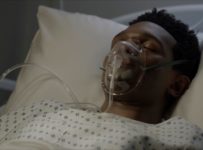 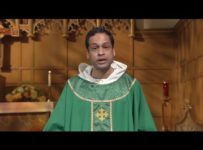