Is it just me, or is The Challenge: All Stars steamrolling the main series at this point?


The Challenge: All Stars Season 1 Episode 3 continued with another wicked daily elimination reminiscent of the past, shifting alliances, and a wild elimination that threatened to shake up the house.


Part of this spin-off’s allure is that the players have a lot of history, and some of it is not good.


Ruthie and Aneesa’s argument came out of the left-field, but the editing allowed viewers at home to recall how their relationship became so fraught.


Ruthie’s problem is that Aneesa has remained a firm fixture on the regular series since they had their big bust-up all those years ago, which means Aneesa has built more connections.


It’s hard to rule Ruthie out at this stage, but something tells me the house will want to put her into elimination with Aneesa.


If it’s a physical competition, I don’t like Ruthie’s chances, but Ruthie could emerge with the win if it’s trivia or a puzzle.


The fun and games are over and these players at the point in which they are sizing up the competition and wondering how to get the upper hand on the politics of the game.


Aneesa, based on her connections alone, will go far. But it will all come down to who is willing to cut who loose first.


We already witnessed best friends Trishelle and Katie ending their decades-long friendship on The Challenge: All Stars Season 1 Episode 2, so we know that loyalty only goes so far in the house.


The issue plaguing Ruthie is that she hit out at Aneesa in front of the other players. It’s nice that Jonna wanted to comfort her, but I don’t like Ruthie’s chances for the next couple of eliminations.


This brings me to Kendall. Kendall went from the high of winning the elimination against Trishelle to leading a team that won the daily.


She was cocky about the Life Saver power and making all of the men sweat will come back to bite her. There were many names being floated around the house, and the next time there’s a nomination, Kendal’s name will probably be high on that list.


Jemmye made a great point when she said that Kendall didn’t know how to play the game. Kendall has been out of it for too long and seems to forget that people remember your every move to use it against you at one point.


It’s all part of the fun, but Beth, Easy, Mark, and Derrick, among others felt like she was acting drunk on power, and that will come back to haunt her before long.


I’ve always appreciated The Challenge because the players take big risks, so I was surprised that Kendall didn’t use the power after wheeling and dealing with everyone in the house while drunk.


Nehemiah being thrown in was not surprising. His team lost the daily, and he was the leader. Picking to be a leader in this game is a double-edged sword that can get you sent packing out of the house.


What surprised me the most about the loss was the way Teck acted. Teck likes a good laugh, but I don’t know what would be going through his mind to piss off the person nominated.


It made the nomination ceremony a wash because it was easier for Nehemiah to campaign for everyone to put Teck up against him.


From a physical standpoint, Nehemiah should theoretically win a physical elimination, but the elimination was more about balancing your weight well to punch out the colors on the fence.


It was a genuine surprise that Nehemiah won because it looked like Teck was dominating the whole thing. Then again, the editors of the show are crafty. They want the audience to be sitting with bated breaths until the winner is revealed.


Nehemiah returning to the house won’t cause much upset, but his relationship with Jemmye might. Jemmye was vocal about aligning herself with the right people to make it far, and Nehemiah is a decent enough competitor.


If people start to see them as a pair, they will probably be targeted before long. The different sides of the house are starting to realize who their targets are, and that’s part of the beauty of the way The Challenge is constructed.


The ice competition was the perfect throwback to the series’s old days, and it seems like the series will continue to bring nostalgia in future weeks.


“I’ve Got the Power” was solid. It would be nice if the episodes were a little longer, but I guess the producers think viewers want fast-paced action to keep them watching.


What did you think of Teck’s elimination? Do you think he should have stayed quiet to stay away from the battleground?


What do you think Ruthie will do now that Teck is gone? Will she be able to play nice with Aneesa?


Catch new episodes of The Challenge: All Stars every Thursday on Paramount+. 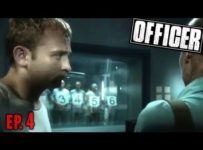 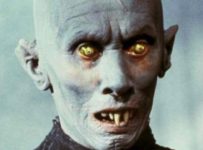 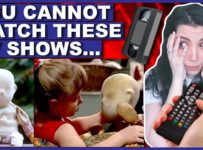 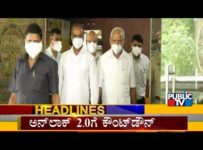 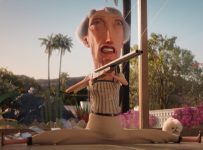 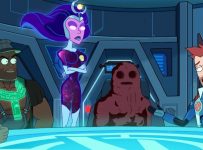