Britney Spears‘s conservators are at odds over the treatment of the pop star.

Following last week’s shocking hearing, Britney’s father filed legal docs blaming Jodi Montgomery for most of the singer’s issues: like not being able to make her own reproductive choices. In a new statement, Montgomery says she has been a “tireless advocate” for Britney over the past two years and hopes to create “a path for termination of the conservatorship.”

Britney is under a conservatorship of both the estate and person. Her father controls all financial decisions as conservator of the estate, while Montgomery is in charge the superstar’s medical and personal choices. In March, Britney’s court-appointed lawyer filed paperwork asking the court to select Montgomery as the singer’s permanent conservator. However, the “Slave 4 U” singer made it clear she’s unhappy with both parties, telling the court she wants her “life back.”

“My dad and anyone involved in this conservatorship and my management who played a huge role in punishing me … they should be in jail,” Spears emotionally told the judge last Wednesday. “I’m talking to you today because I feel again, even Jodi is starting to kind of take it too far with me.”

Montgomery’s attorney says, “If Britney wants any issue” brought to the court, “Ms. Montgomery is and has always been ready, willing, and able to do so.”

“If Britney wants any issue brought up to the Court, Ms. Montgomery is and has always been ready, willing, and able to do so,” Lauriann Wright of Wright Kim Douglas, ALC, tells Yahoo Entertainment. “From the very beginning of her appointment in September 2019, Ms. Montgomery and the medical team that she assembled have had one primary goal — to assist and encourage Britney in her path to no longer needing a conservatorship of the person.”

Montgomery’s attorney adds, “Britney’s choice to marry and to start a family have never been impacted by the conservatorship while Ms. Montgomery has been conservator of the person.”

In Jamie’s court filing, he said he’s “concerned” for his daughter and called out both Montgomery and Britney’s lawyer, Samuel Ingham III. Lawyers for the elder Spears say he’s “greatly saddened to hear of his daughter’s difficulties and suffering, and he believes that there must be an investigation into those claims.” Jamie claims he’s been cut off from communicating with Britney and “is simply not involved in any decisions related to Ms. Spears’s personal care of medical or reproductive issues” as Montgomery is “fully in charge” of her “day-to-day” care.

However, Montgomery’s statement insinuates many of Britney’s issues do ultimately fall back on Jamie. Read the statement in full below:

I can state unequivocally that Jodi Montgomery has been a tireless advocate for Britney and for her well-being. While she does not control Britney’s financial assets, she is responsible for her personal care, and if Britney wants any issue brought up to the Court, Ms. Montgomery is and has always been ready, willing, and able to do so. From the very beginning of her appointment in September 2019, Ms. Montgomery and the medical team that she assembled have had one primary goal – to assist and encourage Britney in her path to no longer needing a conservatorship of the person.

Since being appointed in September 2019, Ms. Montgomery has tirelessly acted in Britney’s best interests with the approval of her doctors and the oversight of the Court. All of Ms. Montgomery’s fees and costs are approved by the Court, as required by law, after petitions setting forth her fees and costs in detail are filed with the Court in the public record. To protect Britney’s medical privacy, portions of the time records contained in those petitions do have to be sealed.

Ms. Montgomery’s tenure as conservator of the person beginning in September 2019 has been complicated by the Covid-19 pandemic. Britney lives in the Southern California area, who has suffered some of the highest Covid rates in the country. California’s state of emergency due to the pandemic started on March 4, 2020, with many restrictions not being lifted in the Los Angeles area until just weeks ago. Britney is someone who was at an increased risk of severe illness due to preexisting conditions. A well-renowned epidemiologist was brought onto the medical team and that doctor’s advice was followed to ensure Britney’s safety from exposure to the virus at all times. 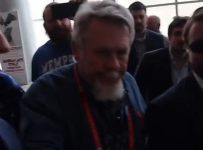 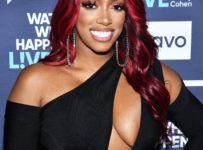 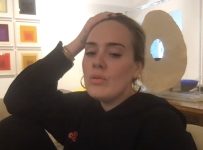 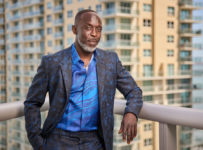 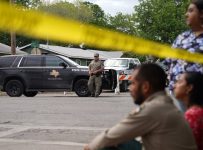