The back and forth between these two characters, and between reality and fantasy, comprise the majority of director Rebakah McKendry’s darkly comic horror film. But even at a brisk 79 minutes (including credits), “Glorious” feels like an intriguing idea that’s been stretched thin to feature length. The weird and witty script from McKendry’s husband, David Ian McKendry, along with Joshua Hall and Todd Rigney, might have packed more of a punch as a short or an episode of a “Twilight Zone”-type series. But the performances in what is essentially a two-hander remain intriguing, and you’ll never be able to predict where this story is going.

Ryan Kwanten stars as the disheveled, middle-aged Wes, who pulls over to a quiet rest area in the woods to keep from dozing during a daytime road trip. His car is crammed with his belongings, including a teddy bear and a mysterious red box. Over the course of the night, he will remain there, burning everything he owns in a drunken rage. When he awakens the next morning, hungover and pantsless, he staggers into the bathroom to vomit, only to be disturbed by the sound of a friendly voice coming from the adjacent stall. It belongs to J.K. Simmons, and he says his name is Ghat. Their banter is playful at first, which is surreal given the squalid setting. Simmons, whom we hear but never see, uses the full range of his rich resonance. He’s kind and inquisitive, even a little hokey in his humor, until he becomes more sinister and insistent. And he keeps us guessing along with Wes: Is this a real person? An inebriated hallucination? The devil himself?

Kwanten, meanwhile, is tasked with developing this character while essentially acting alone in a cramped space, and he rises to that physical and emotional challenge. We know Wes is needy and volatile, but he also has to maintain some mystery. And here’s the tricky part of these one-location movies: how to develop a character within such a limited setting. Lean and mean thrillers like “The Shallows” or the recent “Fall” provide just enough back story to establish their heroines’ abilities and explain their survival skills. The problem with “Glorious” is that there’s not much to Wes, despite a few flashbacks, and there can’t be until the very end. That makes it difficult for us to care about whether he makes it out of the bathroom alive—or at least with his sanity intact. And Ghat’s mythology, while dense, isn’t all that interesting. 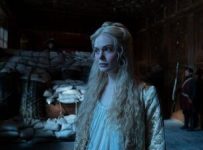 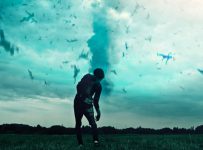 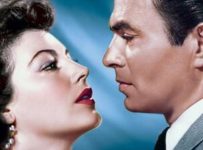 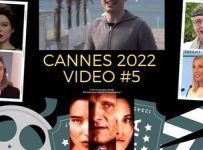