The typically likable Hart attempts a change of pace here as the Kid, a Philly-raised stand-up (like Hart) who returns to his hometown for a show and reunites with his troublesome brother Carlton (Wesley Snipes, so consistently the most interesting thing about this show that he almost makes it worth watching on his own). Carlton and Kid have had conflicts in the past (again, like Hart and his real brother) but seem to be getting along now, even if the older brother demands he have a “V.V.I.P. Room” backstage. That’s where the trouble starts as Carlton pushes Kid off the sobriety wagon, and the celebrity wakes up next to the body of a dead woman after a night of partying.

Carlton knows what to do. He calls a fixer named Ari (a very fun Billy Zane) to clean up the mess, but, of course, nothing goes as planned. Ari has some sociopathic brothers (John Ales and Chris Diamontopoulos) who get involved as “True Story” mostly consists of Carlton and Kid trying to clean up messes and making bigger ones in the process. It doesn’t help that Kid can’t really go to his regular support team, including manager Todd (Paul Adelstein), bodyguard Herschel (William Catlett), and writer Billie (Tawny Newsome), or that he’s dealing with a public and messy divorce. When a fan (Theo Rossi) gets involved, things get even uglier, and way cloudier in terms of what Hart and creator Eric Newman (“Narcos”) think they’re saying about the dynamic between celebrities and those who love them the most. (Fans in this show are presented as stalkers or idiots, such as one who encounters Hart on a plane and decides it’s fine to repeat a racist bit back to him.)

One of the biggest problems with “True Story” is how it often feels like it wants to have it both ways in terms of how we’re supposed to feel about Kid. I don’t need a show to give me a moral roadmap, but I also don’t like it when it feels like the creators are indecisive about a character’s motivations. Is Kid a good guy caught up in a bad situation? Given some of the choices he makes, not really. He’s kind of a selfish jerk who values his career and safety over everything else. Imagine if “True Story” really leaned into that, presenting a celebrity whose entire value system has been crushed by the spotlight. There are times when it threatens to become that dark and way more interesting but then it pulls back, wanting us to see ourselves in Kid when almost no one would make some of the violent, selfish decisions he makes here. 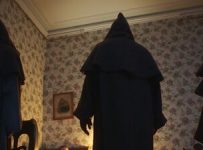 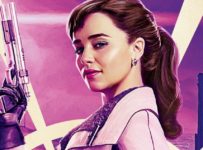 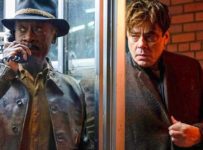 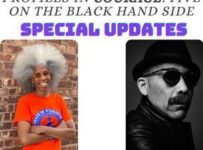 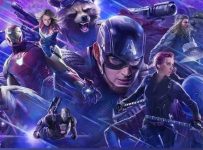