Though it came out months ago, The Croods: A New Age is number one at the box office again this weekend after taking in $1.7 million. Universal/DreamWorks Animation’s family movie has been number one at the box office 5 times in its 13 weeks in theaters, including last weekend, where it returned to the number one spot for the first time in 8 weeks. Domestically, it has crossed the $50 million mark, which means that it could very well become the highest grossing movie of the pandemic if it keeps putting up decent numbers. Christopher Nolan’s Tenet is currently the pandemic leader at $57.9 million.

As far as returning to movie theaters, it appears that moviegoers are more confident about getting back later this year. According to a new poll by NRG, 50% of people say that they are willing to head back into a theater, which is a record high since the pandemic started. According to exhibition reports, only 47% of movie theaters in North America are currently open, though that is expected to change in the coming months. Analysts predict that things could be back to some form of normalcy by the end of the year.

RELATED: The Croods 2: A New Age Returns to the Top of the Weekend Box Office with $2.6M

The Little Things came in at number two at the box office this weekend with $1.2 million. While the movie has received mixed reviews, Jared Leto received Best Supporting Actor nominations at the Golden Globes and Screen Actors Guild Awards for his performance in the movie. Judas and the Black Messiah took the third spot this weekend after earning $905K. The biographical drama debuted at number two last weekend, barely losing the top spot to The Croods: A New Age. Wonder Woman 1984 took the fourth spot this weekend after earning $805K. To date, the sequel has earned $134.9 million globally.

The Marksman came in at number five this weekend after bringing in $775K. The Liam Neeson-starring action thriller has received mixed reviews from critics, but it has been steadily earning money at the box office since opening in theaters. Robin Wright’s feature-length directorial debut, Land, came in at number six with $500K. So far, the movie has received moderately positive reviews from critics. Tom Hanks’ New of the World} took the seventh spot with $245K.

The War with Grandpa doesn’t seem to want to leave the top ten and moves up to number eight this week from number ten last weekend. It earned an additional $204K, bringing its global total to $36.3 million. The movie has been in theaters for 20 weeks and is now available on DVD. Elsewhere, The Mauritanian came in at number nine after earning $135K, while Promising Young Woman took the tenth spot with $111K. You can check out the rest of this weekend’s box office data over at The Numbers. 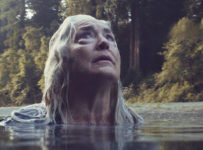 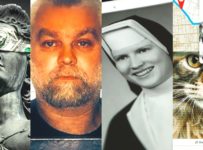 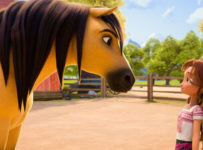 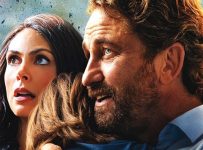 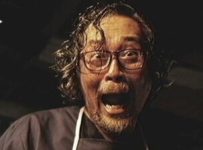 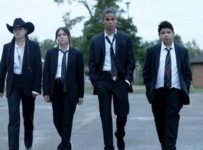